Learning From A Master… Memories of Johnny Fourie

I do remember extremely fond memories of when I was younger and studied with the phenomenal jazz guitar master Johnny Fourie.

I would sit for three hours at a time at his feet and learn secrets of the guitar. I literally ate up every word he said!

Johnny was a true master of guitar…  He was able to play the most complex jazz solos in a very relaxed style and he never ceased to amaze me especially when it came to his warm guitar tone, touch and phrasing. In the music world, Johnny Fourie was known as one of the world’s best jazz guitarists. I truly believe that he never really received the recognition that was due to him. But then again Johnny was never a commercial salesman – no he cared only about music and that’s probably why his touch and sound was so pure.

It is exactly because of the exceptional instruction received from Johnny that I’ve decided to teach and impart my knowledge to others.

I knew it would not always be an easy task…

But I have found that if you are dedicated and committed to studying your guitar on a daily basis,  the world of guitar is your oyster.

It’s exactly the same with learning the guitar. I don’t really subscribe to the idea of talent and ability (There are a few individuals who are outliers, but on balance, most people have adequate ability to become very proficient). I’m a firm believer in going the extra mile.

When teaching you, it’s always my highest priority to make sure you develop in the right direction as fast as humanly possible.

In addition to weekly instruction, I will also motivate you to practice.

A lot of my students don’t have a lot of time, and in spite of the fact that my student are generally very busy individuals, we always make amazing progress on a quarterly basis.

If you are ready to make a massive improvement in your guitar playing, you have reached the right destination.

As the old saying goes: when the student is ready the master appears.

I look forward to seeing you in my guitar studio soon! 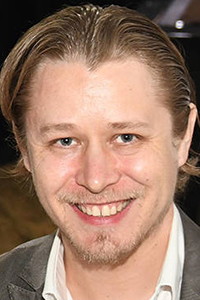